Creating the Future of Precision Healthcare

“When we saw a demo of Nexus IQ Server, it shifted our perception of the use and needs from just license checking. The primary usage became the vulnerability checking and writing policies around the vulnerabilities.”
— Tudor Groza, Chief Technical Officer, Genome.One

As a software development team, Genome.One started to build products for their stakeholders at the beginning of 2017. The very first thing they wanted to set up was an artifact repository. 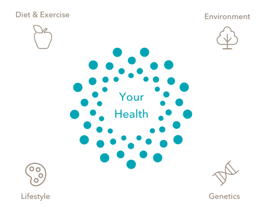